Agent of the Soul Reaper

Ichigo Kurosaki is a troubled teenager. Because of his abilities to see spirits, he is recruited by soul reaper/shinigami Kuchiki Rukia. This in turn, puts Rukia in trouble as she is dragged back into Soul Society to be executed.

The season had an opening theme and two ending themes:

Fifteen-year-old Kurosaki Ichigo lives in Karakura town. He lost his mother when he was young. In the process he developed the ability to see dead people, and thus, the soul reapers/shinigamis who come for them. The shinigami (死神) is a military order who escorts the souls of the dead to the netherworld/Soul Society.

He then assumes the duty of shinigami when the official soul reaper sent to guard his town, Kuchiki Rukia, is unable to perform her duties when she is severly injured in a battle with a hollow trying to protect Ichigo. A hollow is an evil spirit who eat human souls to grow.

Rukia transfer half of her reiatsu (霊圧 – spirit energy) to Ichigo to enable him to defeat the holllow, but he unwittingly absorbs all her energy. Because she lost all her powers to him, Rukia is left stranded in the human world, unable to return to Soul Society. In the meantime, Ichigo replaces Rukia as the town’s shinigami and shelters her in his home. She enrolls in his school as he plays the rolls of substitute shinigami.

Ichigo has a pair of fraternal twin sisters: Karin and Yuzu. Like Ichigo, Karin is spiritually aware, though she initially chooses to ignore it. 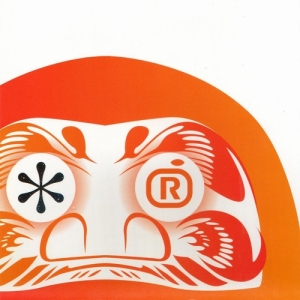 One by one, Rukia meets Ichigo friends. The first being Orihime Inoue, who is stalked by her brother’s ghost, which has turned into a vengeful hollow. Inoue is a long-time classmate of Ichigo. Though initially devoid of spiritual powers, she later obtains one of the strongest powers of all, with her god-like ability to reject fate.

Then Rukia fends of a cursed cockatiel off of Yasutora Sado “Chad”, a long time friend of Ichigo. During another hollow fighting mission, Ichigo encounters Ishida Uryuu belonging to a clan known as the Quincy. Quincies are humans who uses spiritual power to fight hollows. Because of the long-standing misunderstanding between the Quincy and shinigamis, Uryuu challenges Ichigo to a hollow-hunting competition.

Ishida is a Quincy, descendant of priest-like hollow-hunting archers who were historically enemies of the shinigamis. Quincy reshapes spiritual particles into various types of bow and arrows, but can also concentrate spiritual energy into the form of swords or explosives. Because the Quincy destroys the entire hollow (soul included) this threatened the balance of the living and the dead. Shinigamis purifies the souls of the Hollows as they are “killed” allowing them to rest in peace. To prevent this, the shinigamis exterminated almost all the Quincy, leaving only two behind.

In the course of the match, Chad is forced to save Karin, Ichigo’s younger sister, and in doing so, finally opens his “third eye” and develops an ability using his right arm to fire energy blasts. Inoue too develops her powers, using Shun Shun Rikka – a group of fairy-like creatures emerging from the hairpins given by her brother – to protect her friends.

To enable Ichigo to transform to a shinigami without Rukia’s presence (who pushes his soul out of his living body), they purchase soul candies from Kisuke Urahara’s Shop. The candy is a modified soul who resides inside a body until the original soul returns. Instead of popping pills/candies, Urahara places the modified soul inside a lion soft toy, which Ichigo names “Kon.” Urahara takes in Inoue and Chad after their “opening” to help them hone their craft.

Meanwhile, Rukia is being tracked down by Soul Society because of her lengthy stay in the human world. Instead of further endangering Ichigo, his family and friends, Rukia runs away to face the hunters from Soul Society. However, Ichigo goes after Rukia and meets a shinigami by the name of Abarai Renji (6). Renji releases his shikai/first stage, thus overwhelming Ichigo. Not one to give in, Ichigo continues the battle and almost overcomes Renji until Kuchiki Byakuya (6) steps in and defeats him. Byakuya is Renji’s captain and Rukia’s brother.

Rukia begs for Ichigo’s life and agrees to follow Byakuya back to Soul Society. Ichigo is stripped off his shinigami powers and left dying. Urahara comes to his rescue and agrees to help him retrieve Rukia who faces the death penalty in Soul Society.

Back in school, no one remembers Rukia. The only exceptions are Chad, Inoue and Uryuu. Ichigo goes into the Urahara shop for training to regain his powers. First hurdle is to battle Ururu Tsumugiya, a young girl under Urahara’s care, to regain control of his spirit body. Next, Ichigo’s soul is cut from his body and thrown into a pit to regain his shinigami power within 72 hours or risk becoming a hollow. In the pit, Ichigo slowly transforms into a hollow, and there he comes face to face with his inner spirit, Zangetsu. Zangetsu helps him unleash his latent shinigami powers and emerges from the pit wearing the mask of a hollow. Breaking the mask off, Ichigo then begins his third and final stage – training with Urahara. While training, Ichigo learns the name of his sword/zanpakutou – Zangetsu, which released his shikai, thus completing the third stage of his training.

Meanwhile, Chad and Orihime receives training from a talking cat, Shihouin Yoruichi, so that they too can join Ichigo in entering Soul Society and saving Rukia. Ishida too begins training, alone.

The friends assemble after completing their training and they set out towards Soul Society through a gate Yoruichi and Urahara opened.

One thought on “Bleach Season 1”