Samuel is out recruiting again.  This time it’s Peter. The compass is passed on to him along with Samuel’s ink fetish and earth moving abilities.

New character – Emma – a deaf administrative hospital worker who sees sound in Technicolor.  Does she play a bigger role, or will she be Peter’s love interest for only 2 seconds?

Sylar plays a number on Matt, forcing him to finally use his powers.

Claire’s new friend at school – Gretchen – eases into her life and her secret.

Seriously, have the superhuman abilities sapped all these people of their brain power? First Hiro, then Peter. And now Claire (not that she ever showed an ounce of intelligence in her – even though she’s SUPPOSED to be an A-student).

New characters to the show – the entire entourage of Carnivalé. The circus folks are part of the gang now. Samuel is the ring leader and he wants his broken compass back. He also wants a time traveler on his side.  He travels back to where Hiro returns (14 years ago) and convinces him that little changes in the history wont cause a domino effect on current times.

Hiro Nakamura tells Ando that he is dying. During a botched up “heroic” act, after unfreezing time, Hiro freezes himself instead.  He returns to the past and changes a small thing, which causes the relationship between Ando and his sister, Kimiko to change. Seeing this change, he is convinced that Samuel maybe right.

Peter Petrilli got his old EMT job back, and he’s rescuing people “on the side” with his powers. Meanwhile, his brother Nathan aka Sylar, is having an identity crisis.  Seems like Sylar wants to get out.

Tracy Strauss is not dead after all.  She has better control of her “icing” powers.  She now liquefies too.

Matt Parkman is fighting with his inner Sylar so as not to use his powers. Sylar wants to get out, but he doesn’t know where his physical body is.

Cheerleader, Claire Bennett, is in the university.  Unfortunately, her roomie mysteriously falls off the window and dies.  Is it murder or suicide? 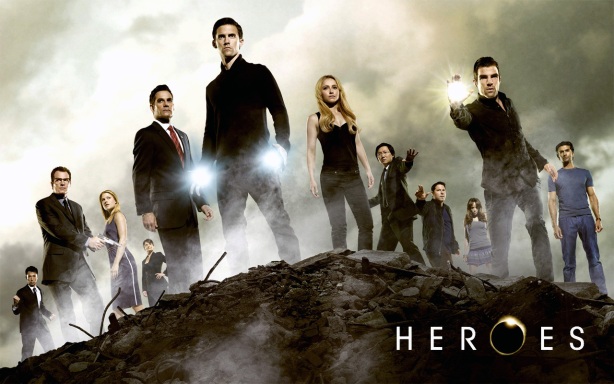 Heroes premiered on NBC on Sept. 2006. The sci-fi drama revolves around ordinary people who mysteriously develop superhuman abilities, who in turn use it to prevent the end of the world.

Volume One premiered on Sept. 2006 with 23 episodes, amidst multiple breaks. This is the introduction of ordinary people who become aware of their new found/latent abilities. The first season’s mantra was, “Save the Cheerleader. Save the World.”

Mohinder Suresh, a geneticist, who follows and continues his father’s research on the matter

Hiro Nakamura – heir to a Japanese company, who has the ability to stop and travel through time. Together with his friend, Ando Masahashi, they follow their “destiny” base on Isaac’s comic book

Niki Sanders – a stripper with dual personalities and super human strength
Micah – Niki’s son who can manipulate and control digital technology just by touching them
Tracy Strauss – Niki’s look-alike and biological triplet sister, who has the ability to freeze objects with a touch

Nathan Petrelli – a congressional candidate and later senator, who after an accident, which leaves his wife crippled, discovers that he has the ability to fly
Peter Petrelli – a hospice nurse, who doesn’t have an ability by himself, but absorbs other people’s abilities
Angela Petrelli – mother to Nathan and Peter and brains behind The Company. It is later revealed that her ability is in seeing the future in her dreams
Arthur Petrelli – the patriarch and founder of The Company, who went rogue and created an opposing company. His ability is absorbing other people’s abilities

Sylar – a clock repairman, who knows what makes people tick. He absorbs powers much like Peter, but, he kills to attain that power. He finally goes after Claire for her immortality.

Volume 2 began on Sept. 2007 with only 11 episodes (24 episodes were originally slated for the season but it was cut down due to the 100-day strike by the Writers Guild of America.) It picks up 4 months after the near destruction of the world by Sylar. This edition deals with The Company’s research on the Shanti virus, through the Company’s founders. The virus purportedly changes ordinary people to one with super human abilities.

It is also revealed, that the founders of The Company are the parents of Matt, Hiro, Nathan and Peter. They were all bound to a secret formula to they promised to keep from the public.

The heroes come together once again to stop the release of the deadly virus and avert a global pandemic.

Volume 3 started on Sept. 2008 with 25 episodes. Sylar regains his lost stolen powers. Nathan almost gets assassinated – by Peter. Arthur Petrelli, long assumed dead, shows up and heals from nerve damage by sucking up Adam Monroe’s healing abilities. Adam is a 400-year-old Japanese legend by the name of Takezo Kensei.  His abilities are much like Claire’s.

Arthur recruits more villains and even lures in Mohinder, Nathan, Tracy and Sylar. Together, they strive to create super humans in ordinary beings but soon realize that they need a “catalyst.” In finding the catalyst, Mohinder becomes the first lab rat, thus gaining an ability of superhuman strength.

Nathan begins his hunt of individuals with superhuman abilities. He rounds them all up for extermination.

At the end of the season, Sylar, while shape-shifting as Nathan, kills off the real Nathan. Angela and Matt brainwashes Sylar into believing he is Nathan.

One thought on “Heroes”