D. Gray-man (ディーグレイマン ,Dī Gureiman) is an ongoing manga (since 2004) about a teenager, Allen Walker, who uses Innocence to become an exorcist and to battle against the devil, Millenium Earl 千年伯爵, Sennen Hakushaku, who has an army of akuma at his disposal.  Innocence is a divine substance created long ago to combat the Earl.  This series, which has been adapted to anime, is written and illustrated by Katsura Hoshino.  Due to the writer’s bouts of illnesses, the manga has been put on hold a few times at the end of 2008.  D.Gray-man manga finally resumed in early 2009 only to come to a stand still at chapter 187 because of the author’s illness (Aug. 2009).

Set at the end of the 19th century, Allen Walker was adopted by a traveling clown, Mana Walker, as a child due to a deformed left arm.  During the course, Mana dies from an unknown sickness and Allen is approached by the Millenium Earl who offers to revive Mana.  Mana turns into an akuma (demon) and is ordered by Millenium Earl to kill and take over Allen’s body.  In the heat of the moment, Allen’s activates the Innocence (parasitic type) in his left arm, turning it into an exorcising weapon, and kills Mana. Before Mana dies, he curses Allen’s left eye – giving him the ability to detect the trapped souls in an akuma. 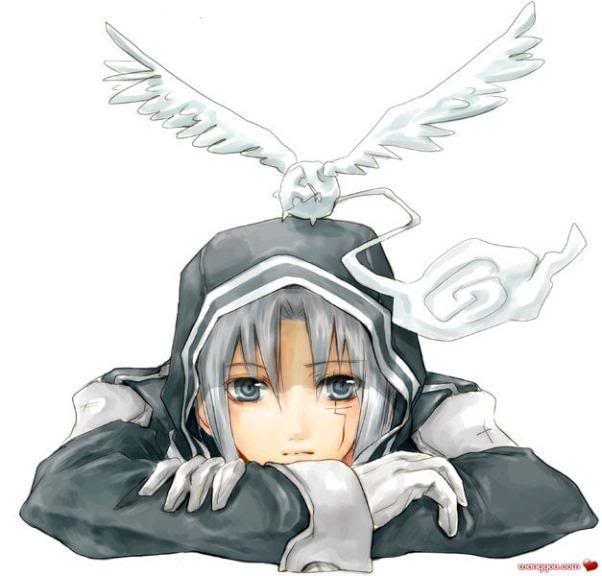 Allen then discovers that the Millenium Earl has been making his rounds, tricking those who have lost loved ones to turn their dead souls into akuma. He is taken in as an apprentice of General Cross Marian, an Exorcist of the Black Order – a secret organization created to stop the Millenium Earl by retrieving all the Innocence of the world.  Allen’s sishou, after “training” him, leaves him to fend for himself by sending him off to the Black Order.  There, he meets fellow exorcists who have Innocence, Yuu Kanda, Lenalee Lee, Lavi Bookman, Miranda Lotto and Arystar Krory.

Innocence is a divine substance created a long time ago to combat the Earl. According to the Order, there are 109 fragments of Innocence scattered around the world, waiting for a compatible user to appear so that it can be “housed” in that person to battle against the Earl.

The Order’s primary mission is to stop The Millennium Earl, an ancient being who intends to ‘cleanse’ the world by destroying all life on it.

The Noah Clan, 13 direct descendants of Noah, are humans summoned to abet the Millennium Earl with his evil plans.  Each member has tremendous power and present a different aspect of Noah. They have gray skin and lines of cross-shaped stigmatas on their foreheads.

Road Kamelot (The Dreams of Noah), the oldest of the Noah resides in a young girl’s body, who takes a liking to Allen

Skin Boric (The Wrath of Noah)

Lulubell (The Lust of Noah)

It is during the appearance of the Noah Clan that the exorcists are ordered to search for the Order’s Generals. The Clan members are sent to hunt down the exorcists, and more to the point, the Generals.

These generals are extremely powerful having achieved a synchronization rate of more than 100 percent with their Innocence. Their orders come solely from the Grand Generals.  At the start of the series there were five Generals:  Kevin Yeegar, Froi Tiedoll, Cloud Nyne, Winters Sokaro and Allen’s sishou – Cross Marian. One of a General’s duty is to recruit new Exorcist, and in doing so, is required to carry a few Innocence with them (to match up with potential recruits).  These Innocence were targeted by the Earl for a slim chance that any of these could be the “great heart of the innocence” – which once destroyed will eliminate the other 108 Innocence. In the search of the Great Heart, Kevin Yeegar is crucified by Tyki Mikk and dies in front of Allen.

In China, while trying to save a fellow exorcist and battling with Tyki Mikk,  Allen’s Innocence is destroyed. Through trials and tribulation in the Order’s Asian branch, he regains his faith in himself and uncovers confusing secrets about himself and his adoptive father, Mana.  His Innocence is regenerated and converts to its true form, the Crowned Clown – a fur cape and a giant claw, which later produces a large sword resembling that of the Earl’s.  Allen may have been implanted with memories of the 14th Noah, the only one who could move the Ark across time and space. The 14th, known as the Musician, is the younger brother of Mana Walker.  He was the only member, other than Road and the Earl, who was able to control the Ark.