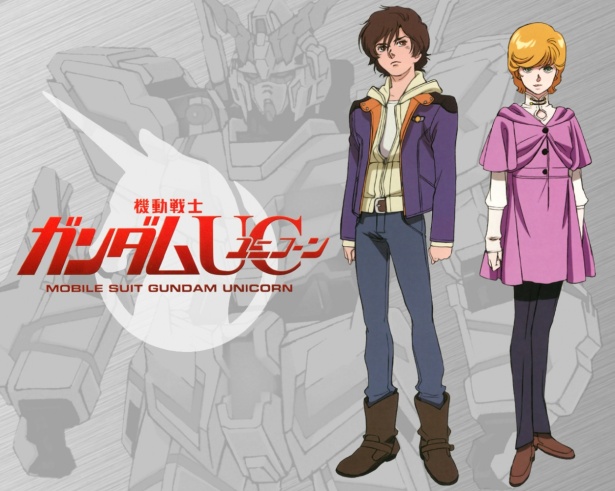 Mobile Suit Gundam Unicorn is written by Harutoshi Fukui as a light novel that takes place in Gundam’s Universal Century timeline. This novel has also been adapted to anime in February 2010 and is scheduled to be released on DVD and Blu-Ray on March 12, 2010. The story occurs three years after Mobile Suit Gundam: Char’s Counterattack. Even the drawings mimic those of the yesteryear. Six 50-minute episodes are planned to be released during this time.

Banagher Links, a student, and a noble Audrey Burne go on a lam. They seek refuge with Cardeas Vist, and to plead with him to stop the impending war from happening. It falls on deaf ears. The Earth Federation and Neo Zeon attack the school grounds of Anaheim Industry Technical School. Banagher, who is told to leave Audrey, goes in search for her during the commotion. He ends up in the inner sanctum of Unicorn Gundam. After Cardeas probes his memories, Banagher recalls that Cardeas is actually his father. With his dying breath, Cardeas entrust the Unicorn Gundam to his son, Banagher.

Cardeas’ grandfather, Sym Vist, is still alive and is really the one calling the shots.