After two seasons of fillers, about the Bount, the sixth season of Bleach (of the same manga written and illustrated by Tite Kubo) resumed with the storyline from Jan. 10, 2007 and ended on June 27, 2007 with a total of 22 episodes (110-131). The last four episodes of the season are fillers.

The growing unrest and war between the Shinigamis and the arrancar led by Aizen begin to mount. Ichigo joins forces with Soul Society’s ranking shinigamis when they realize that Aizen’s next target of destruction is his hometown.

The sixth season has two opening and ending themes:

Kon, in Ichigo’s body, is attacked by a hollow, Grand Fisher, which is an imperfect arrancar. Kurosaki Isshin, Ichigo’s father, comes to Kon’s rescue, dispatching the Grand Fisher in a single blow. An arrancar is a hollow that have had their masks almost completely removed and gained the powers of a shinigami. Much like the shinigamis, they carry a zanpakutou but unlike the sword of a shinigami, which manifests their owner’s soul, the zanpakutou of an arrancar manifests their power as a normal hollow. Their release is called resurrección. Sousuke Aizen (ex-5) selected the 10 strongest arrancar to be in his elite squad naming them the Espada. Each of the Esapda represents an aspect of death and they are ranked by tattooed numbers in order of their strength. While the ranks were originally thought to be 1 through 10, with 1 the strongest and 10 the weakest, it turned out the real ranks were 0 through 9. 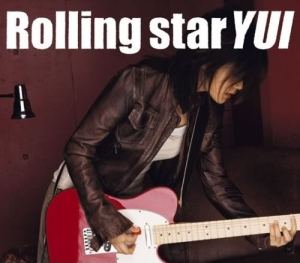 Hirako Shinji (ex-5) enrolls into Ichigo’s school and tries to enlist Ichigo into his group – the Visoreds. After unsuccessfully recruiting him, Sarugaki Hiyori (ex-5 lt.) scolds him for his inability to perform a simple task. Meanwhile, Urahara (ex-12) speaks to Isshin about the arrancar under Aizen’s (ex-5) command and the Visoreds.

Elsewhere, Uryuu is also attacked by an imperfect arrancar, but is rescued by this father, Ishida Ryuuken, who reveals that he too is a Quincy. Since Uryuu lost his powers in Seireitei during Rukia’s rescue, his father offers to restore it on the condition that Ishida never associates with the shinigamis again. Uryuu agrees and begins training under the Karakura Hospital with his father to regain his lost powers. After losing patience with his non-existent “training” by his father, Ishida attacks his father, only to be shot through the chest. Turns out, Uryuu’s powers are restored with the appearance of a pentacle-shaped scar from the shot. 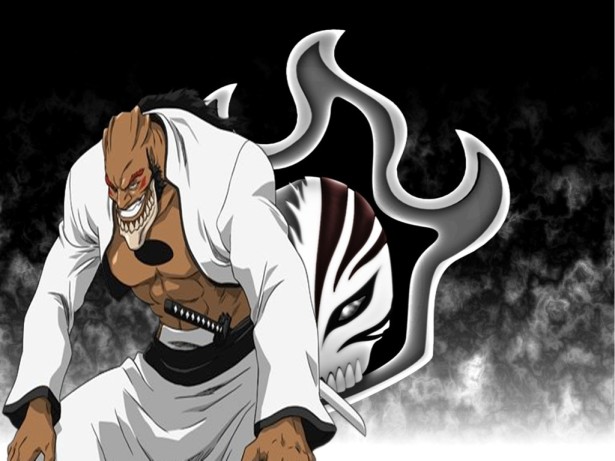 Meanwhile, two Espadas, Yammy Riyalgo [(E10) (E0)] and Ulquiorra Cifer (E4) open a portal into Karakura Town. Yammy immediately consumes all the human souls in the area. Chad and Inoue arrive to provide aid to the people around them in the park, but are easily defeated. After destroying Tsubaki, Inoue’s attack spirit, Yammy is about to strike Inoue with a killing blow but Ichigo arrives to save her. Ichigo uses his bankai to block Yammy’s attacks and gain the upper hand by slicing of Yammy’s arm. However, his inner hollow appears and Yammy sees an opening. Sensing the intense reiatsu, Urahara (ex-5) and Yoruichi (ex-2) arrive at the scene only to be defeated by Yammy quickly. But the two retreats to Hueco Mundo after Ulquiorra identifies Ichigo as the target to Yammy. Back at Hueco Mondo, Ulquiorra & Yammy debrief Aizen and the other arrancar telling them that Ichigo was kept alive. Grimmjow Jeagerjaques (E6) questions Ulquiorra’s decision. In anger, Grimmjow leaves with a his fraccion/subordinates, consisting of Shawlong Qufang, Edorad Leones, Illfort Grants, D-Roy and Nakim to kill anyone with spiritual power in Karakura Town. The group immediately scatters upon touching down on the town . 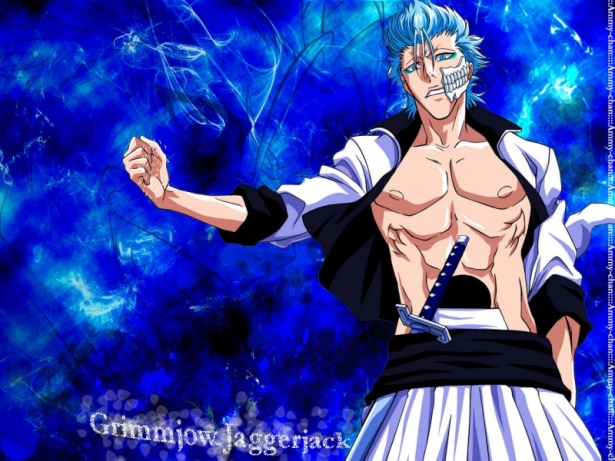 After the disturbance, Soul Society sends their team of shinigamis into Karakura town too. Renji (6), Toushirou (10), Matsumoto (10), Ikkaku (11), Yumichika (11) and Rukia (13) are dispatched to counter the threat but their powers are put on a limiter to avoid a total destruction of the town. Only through a lift of the limiter can their true powers be utilized. 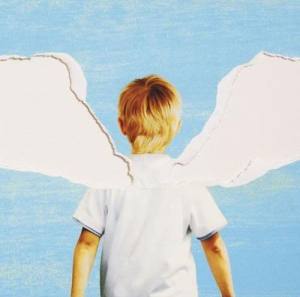 Ikkaku (11) takes on Edorad and is seen by Ichigo’s classmate, Asano Keigo, who usually dismisses these sightings. Edorad is forced to release his zanpakutou to overpower Ikkaku’s unorthodox fighting style. In response, Ikkaku releases his bankai – one that no one knows about, save Yumichika (11) and Renji (6) – and defeats Edorad.

Toushirou (10) releases his bankai against Shawlong but is overpowered. Ditto, Renji who is outmatched against Illfort. Finally, the power limiter is  lifted and Toushirou, Matsumoto and Renji easily dispatch their opponents.

D-Roy finds Chad and nearly kills him before Ichigo appears. Rukia (13) takes over the fight, using the shikai of her zanpakutou Sode no Shirayuki, easily defeating D-Roy. However, Grimmjow appears and dispatches Rukia in a single blow so that he can fight Ichigo. Grimmjow taunts Ichigo to release his bankai. Ichigo is overpowered by a barehanded Grimmjow. He uses getsuga tenshou, which scratches Grimmjow and awakens his inner hollow. Before the fight can proceed further, Kaname Tousen (ex-9) appears and hauls Grimmjow back to Hueco Mundo, stating that he violated Aizen’s orders by attacking the human world. Tousen immediately tries to execute Grimmjow but is denied by Aizen. Instead, Tousen dismembers Grimmjow’s arm and destroys it. In a later conversation with Gin (ex-3), it is revealed that Aizen might have planned for Grimmjow’s second successive invasion. Yammy’s sliced off arm is reattached by an arrancar surgeon but Grimmjow loses his rank as an Espada with the lost of his arm. 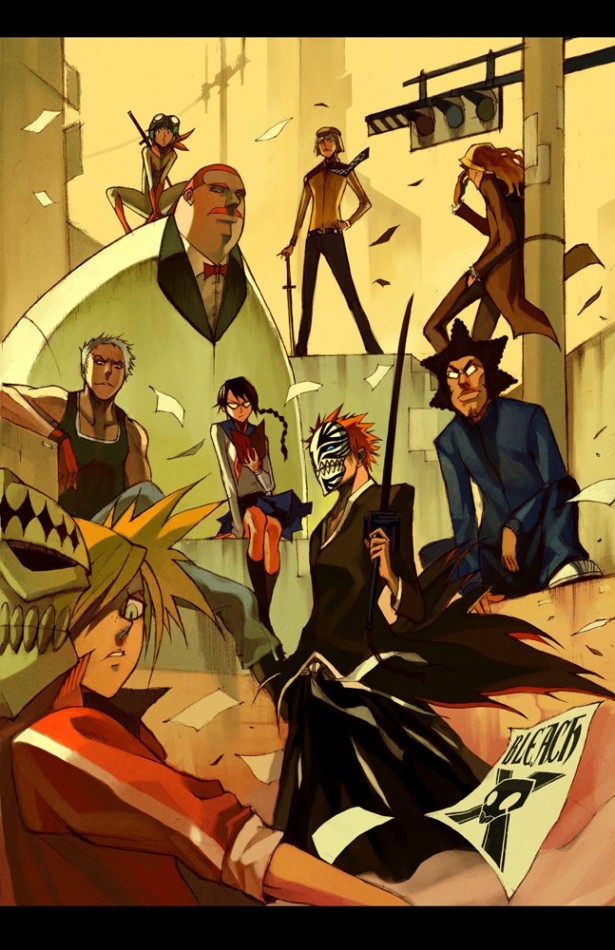 After the fight with the arrancar, everyone realizes how weak they truly are. Ichigo realizes that he has no control over his inner hollow and seeks out the help of the Visoreds. Upon finding Shinji, Ichigo fights him to force him to tell him the “secret” to controlling his hollow. Hiyori enters the picture, puts on her hollow mask and fights Ichigo instead, quickly overwhelming Ichigo, who refuses to use either his mask or his bankai. When his inner hollow surfaces, the Visoreds restrain him before he hurts Hiyori. Shinji then tests the level of Ichigo’s spiritual energy and forces his hollow into the core of his soul. As Ichigo is rendered unconscious, he battles his inner hollow while his body in the real world slowly transform into a hollow. His inner hollow overpowers him and breaks his sword, telling him that he will not serve someone weaker than him with no instinct to fight. The black and white bankai appears. After a flashback of his past foes – Byakuya and Kenpachi, Ichigo steals his hollow’s sword and impales him, thus gaining control of the hollow. With Hiyori‘s help, Ichigo tries to lengthen the usage time of his hollow. 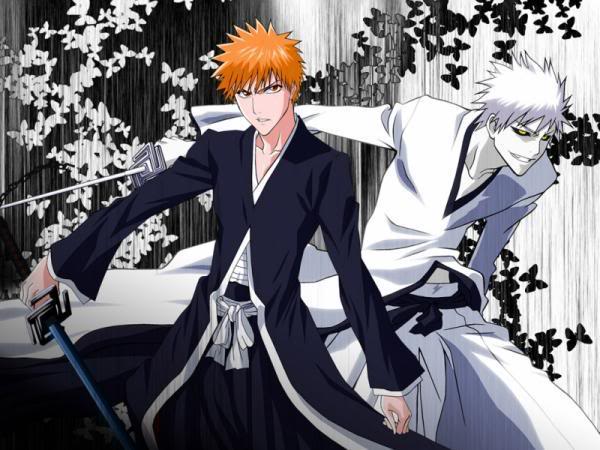 Chad finds Urahara for training, who pins him against Renji to strengthen his arm.

Toushirou has a teleconference with General Yamamoto in Seireitei, who tells him of Aizen’s objective to use 100,000 human souls in Karakura Town to create a key to the dimension where the King of Soul Society resides and overthrow him. After that, Hinamori Momo was patched in to the conference. In a trance, still believing Aizen’s innocence, Hinamori begs Toushirou to save Aizen.

Urahara tells Inoue to sit out of all battles against the arrancar since Tsubaki is destroyed. Distraught and wanting to relay Aizen’s plans to Ichigo, Inoue looks for him and easily passes through the barrier set up by the Visoreds. Suprised, the Visoreds realize that Inoue’s powers are like one of their own – Ushouda Hachigen, who put up the barrier in the first place. Hachi offers to try to restore Tsubaki for Inoue and successfully revives him. 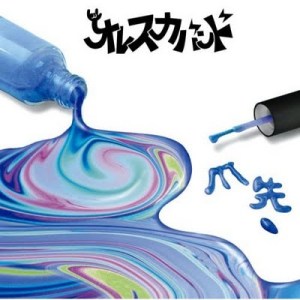