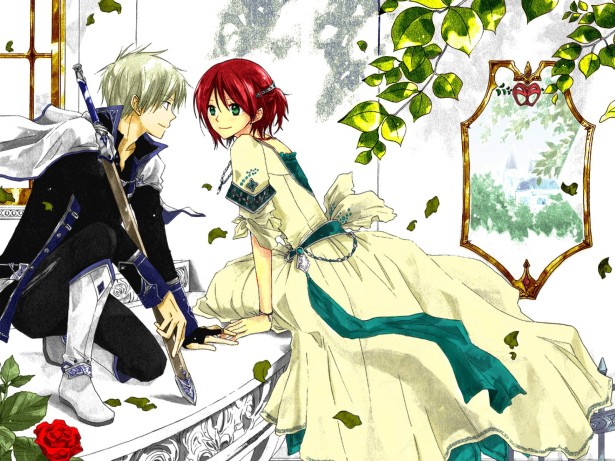 Akagami no Shirayukihime (赤髪の白雪姫 Akagami no Shirayukihime, “Red-Haired Snow White”) is a fantasy shōjo manga written by Sorata Akizuki. It was serialized in Hakusensha’s monthly shōjo manga magazine since 2006, LaLa DX but has since moved to LaLa and is published in collected volumes by Hakusensha. As of May 2014, 11 volumes have been published in Japan. The eleventh volume ranked 21st in Oricon’s weekly manga ranking for the week of January 6, 2015. The anime television series has been announced for July 2015 with a total of 12 episodes. A second season has been announced to air in January 2016.

Shirayuki is a normal citizen of the kingdom of Tanbarun with one unique feature: her red hair. When the foolish, prince of Tanbarun (Raji) orders her to become his concubine because of this, she cuts off her hair and escapes to the neighboring kingdom of Clarines. On her way there, she meets and befriends Prince Zen and his two aides. When Zen is poisoned by an apple meant for her, Shirayuki successfully obtains the antidote and decides to accompany the trio to Clarines. Shortly thereafter, Shirayuki passes an exam for a position to train in the palace as a pharmacist. The story follows Shirayuki and her friends as she finds her place in Clarines and carries out her duties as a court pharmacist (while hunted by Prince Raji).

END_OF_DOCUMENT_TOKEN_TO_BE_REPLACED 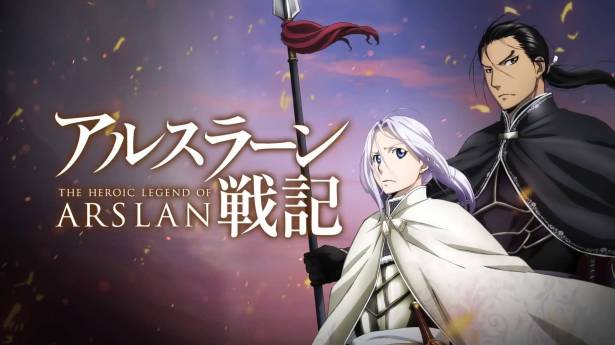 The Heroic Legend of Arslan (アルスラーン戦記 Arusurān Senki) is a fantasy novel series. The author, Yoshiki Tanaka, wrote the novel in 1986 and is still writing it as of 2008, with the current number of books at 14 novels. It was adapted into a manga, which caught up with the novel and then received an original ending, and ran from November 1991 to September 1996. It also received two anime film adaptations, and a four-part, unfinished anime OVA. In 2013, a second manga adaptation started serializing at Bessatsu Shōnen Magazine, with illustrations by Hiromu Arakawa. An anime television series based on the Arakawa manga premiered on April 5, 2015 with a scheduled 25 episodes. [Tanaka sensei’s novels have no relation to the 1976 novel called Arslan written by M. J. Engh which is set in the present.]

In the prosperous kingdom of Pars lies the Royal Capital of Ecbatana, a city of splendor and wonder, ruled by the undefeated and fearsome King Andragoras. Arslan is the young and curious prince of Pars who, despite his best efforts, doesn’t seem to have what it takes to be a proper king like his father.

At the age of 14, Crown Prince Arslan goes to his first battle against neighboring nation Lusitania. Unbeknownst to them, the battle is rigged from the inside by the King’s most trusted retainer, leaving only heavy lost and bloodshed behind. However, it is Arslan’s destiny to be a ruler, and despite the trials that face him, he must now embark on a journey to reclaim his fallen kingdom with the aid of his loyal servant Daryun (Arslan’s general) and Narsus, the tactician (wanna-be-painter).