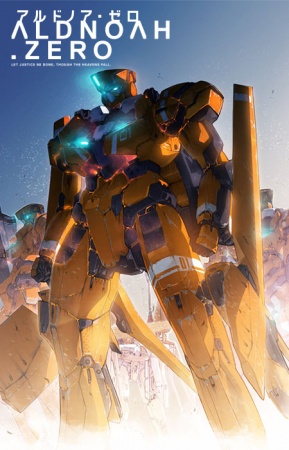 Aldnoah.Zero (アルドノア・ゼロ Arudonoa Zero) is an anime series produced by Nitroplus and animated by A-1 Pictures and TROYCA. This mecha-sci-fi series is scheduled to air in July 2014.

A princess from the Vers empire (human settlers on Mars) comes to earth on a peace mission, but is “killed.” Seems her countrymen want more than just remaining on Mars. Earth is in their sights!

Protagonist Inaho Kaizuka is definitely emotionless and a stoic character, even after seeing his friend killed in front of him. Pretty interesting plot line so far.


“Let justice be done, though the heavens fall.”

END_OF_DOCUMENT_TOKEN_TO_BE_REPLACED 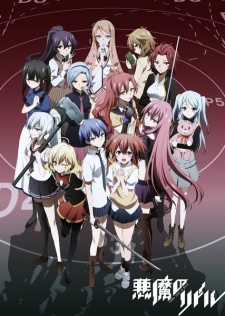 Riddle Story of Devil (悪魔のリドル Akuma no Riddle) is a Yuri (love between women) and action manga series written by Yun Kōga and illustrated by Sunao Minakata. It started serialization in 2012 issue of Newtype. An anime adaptation directed by Keizō Kusakawa will be produced by Diomedea on April 4, 2014 with 13 episodes.

The story is set at Myoujou Academy, a private girls’ boarding school. The 10th year’s Kurogumi class has 12 assassins, disguised as students, with their sights on one target: Haru Ichinose. Tokaku Azuma is a recent transfer student (and assassin) who is also targeting Ichinose, but she gradually develops feelings for Ichinose. Instead of fulfilling her duty, she decides to protect Ichinose instead.